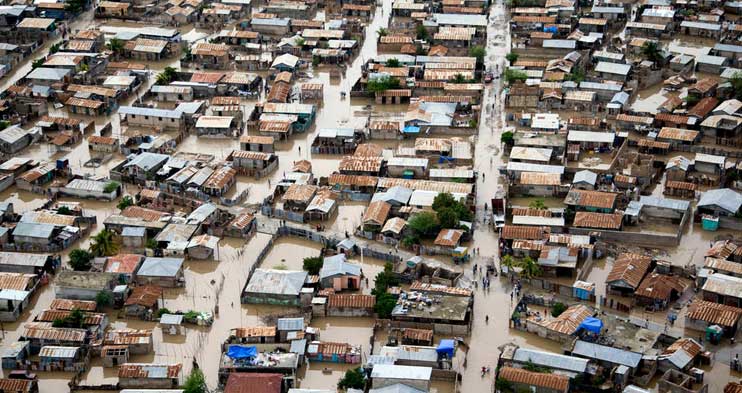 Combining SEDAC’s Low Elevation Coastal Zone (LECZ) data and Natural Disaster Hotspots flood frequency maps with land cover imagery derived from NASA’s MODIS instrument, the researchers who developed SEDAC’s Global Grid of Probabilities of Urban Expansion data set ask how the global and regional patterns of urban growth in the near future will affect urban susceptibility to floods and droughts.  What they found is that the extent of urban areas exposed to floods and drought will generally double by 2030, even without factoring in the potential impacts of climate change. 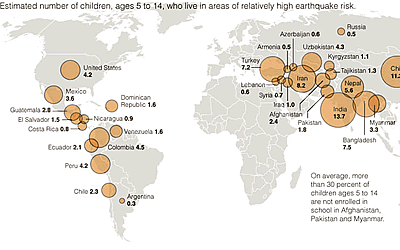 Map of school-age children in earthquake zones illustrates an accompanying article: following the recent earthquakes in China, experts assess school safety and the vulnerability of children to earthquakes. 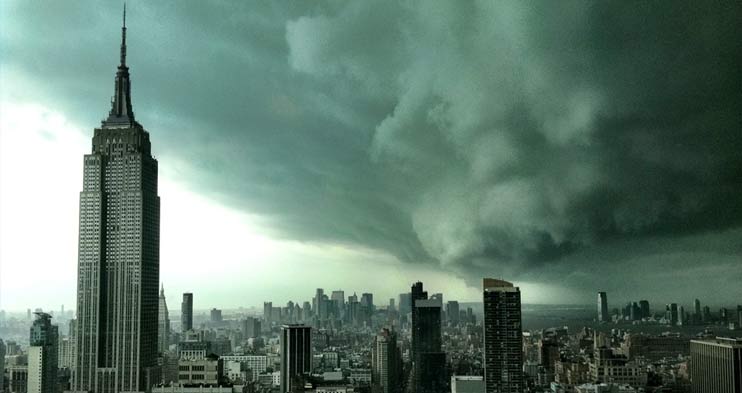 Tornadoes account for about one in five natural hazard-related deaths in the United States.  This recent study investigated the relationships between tornado casualties (injuries and deaths), storm energy, and population using the NASA SEDAC Gridded Population of the World (GPW) v4 data set.  For all tornadoes, investigators found that a doubling of population increased the casualty rate by 21% while a doubling of storm energy increased the casualty rate by 33%.  For the strongest storms casualty rates from increases in population and storm energy were even greater.  These estimates can be used to project future changes in casualties given known population and storm trends. 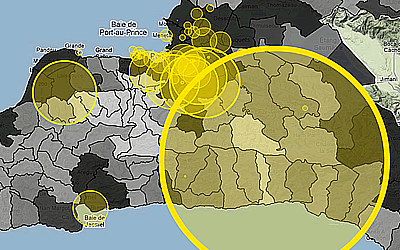 This interactive map shows the population missing as a result of the Haiti earthquake on January 28, 2010. Thousands of personal reports of loved ones missing were provided to Ireport, and this information was combined with SEDAC population data to create the map. 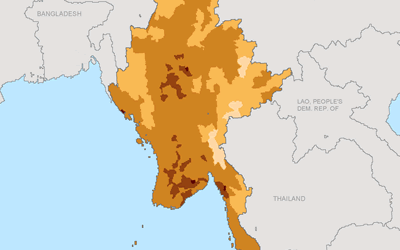 A map of Burma, based on the SEDAC Gridded Population of the World (GPW) data product, reveals that coastal areas hit hardest by the cyclone in May 2008 were highly populated. (Areas in progressively darker shades of brown represent increased population.) 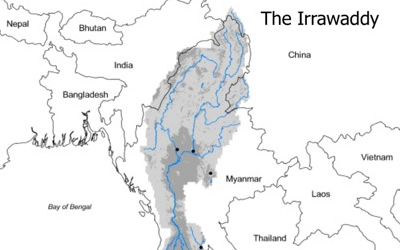 A CNN video newscast refers to a map of the path of Cyclone Nargis and the populations affected, in the worst natural disaster in the recorded history of Burma (Myanmar). 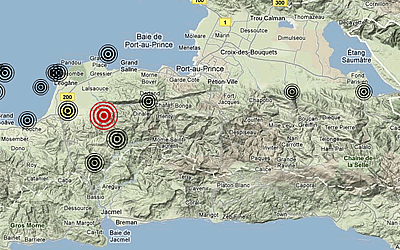 An interactive map shows impacts from the recent Haiti earthquake. 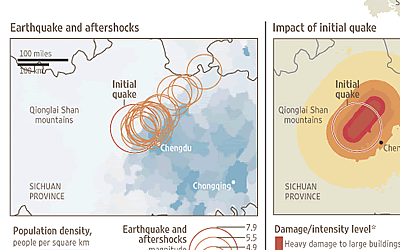 Map of China illustrates an article comparing the location of the Sichuan province earthquakes with population centers in China. 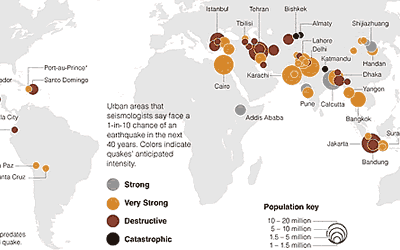 Data and maps compiled by SEDAC and the Center for Hazards and Risk Research are featured in a front-page news article in the New York Times (print version February 25) assessing the vulnerability of buildings in earthquake zones. “Where Shoddy Construction Could Mean Death” shows a map (top) that depicts the predicted number of deaths in Instanbul from a magnitude 7.5 earthquake, depending on the type of construction of the building. The second map (bottom) ranks the vulnerability of other urban areas in earthquake zones with more than one million people.

Caught in the Danger Zone 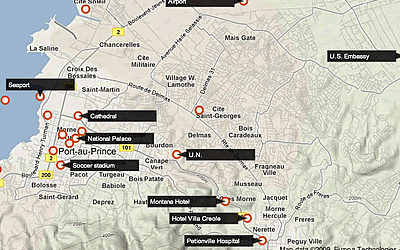 SEDAC population density data was used in a map of the Haiti earthquake. 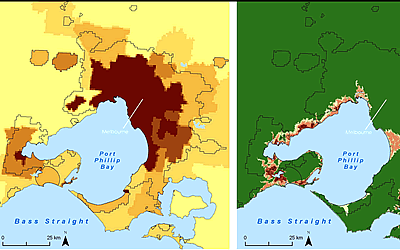 The SEDAC data set Low-elevation Coastal Zone (LECZ) is the basis for a set of national-level indicators of the total area and population in the LECZ circa 2000. Map 2.2 (page 94), Chapter 2 of the World Development Report 2010, Managing Urban Growth and Flood Risk in a Changing Climate in South and Southeast Asia.