In July 2016, SEDAC released the Gridded Population of the World, version 4 (GPWv4) data collection which included seven raster data sets available at 30 arc-second resolution in GeoTIFF format, and one vector data set of administrative unit center points. For this release, the eight 4.0 data sets originally released with version 4 were updated, and a ninth data set, on basic demographic characteristics (age and sex), was added. The nine data sets, collectively referred to as the Revision 10 (or v4.10) data sets, incorporated boundary or population updates for 64 countries, additional attributes in the centroids and national identifier data sets, an updated water mask which includes more recent glacier data and local water data sources for high latitude countries, and additional format and resolution options. A log of changes to the data sets by version is available on the Documentation web page and is included with each downloaded data set.

The Basic Demographic Characteristics, v4.10 (2010) data set is new with this release of GPWv4.  It provides estimates of human population by age and sex as counts (number of persons per pixel) and densities (number of persons per square kilometer), consistent with national censuses and population registers, for the year 2010. To estimate the male and female populations by age in 2010, the proportions of males and females in each 5-year age group from ages 0-4 to ages 85+ for the given census year were calculated. These proportions were then applied to the 2010 estimates of the total population to obtain 2010 estimates of male and female populations by age. In some cases, the spatial resolution of the age and sex proportions was coarser than the resolution of the total population estimates to which they were applied (See map below and Appendix F in the data collection documentation). The data are produced as rasters of 5-year age groups and broad age groups, as totals and by sex. A raster of women of childbearing age is also available. 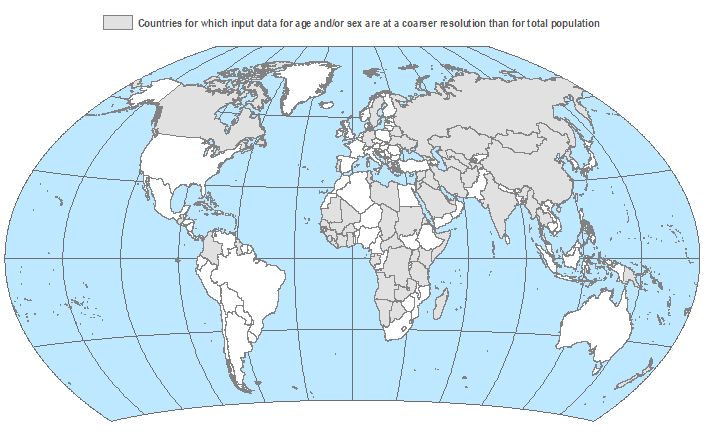 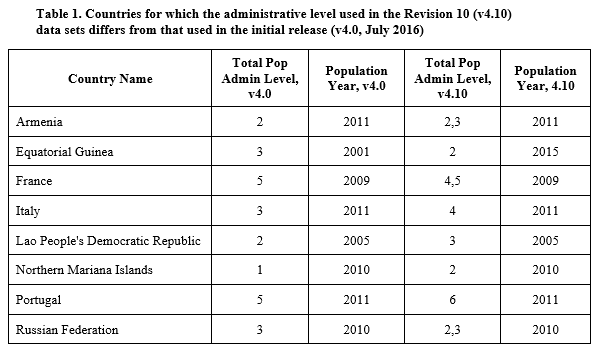 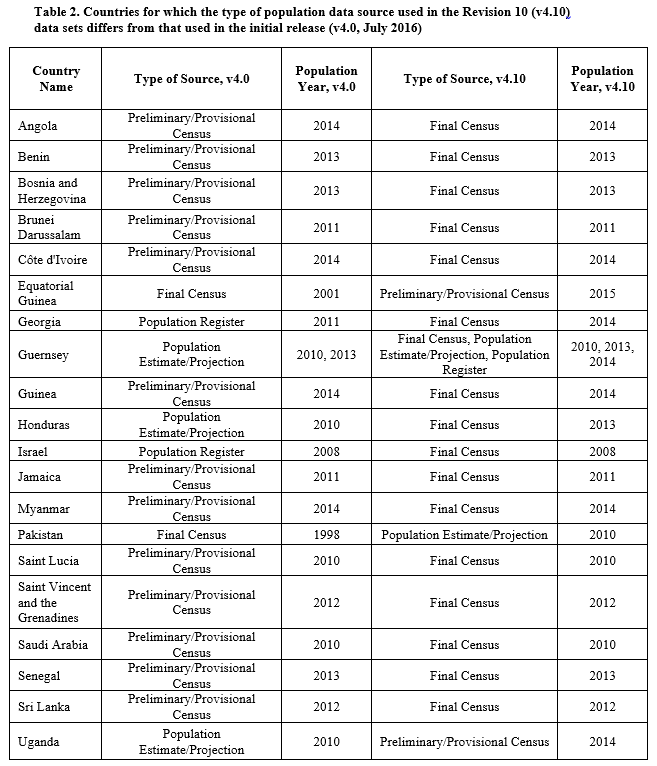 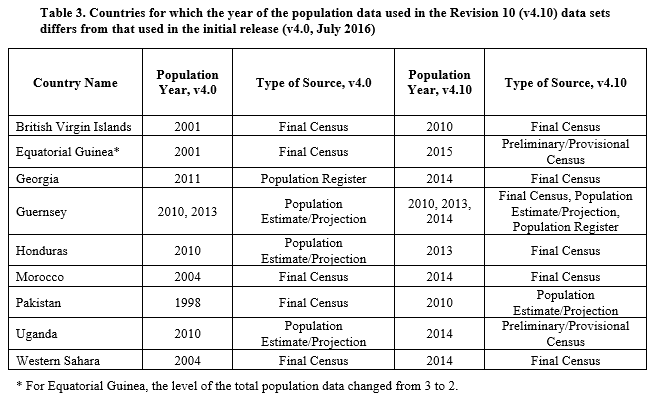